Do you see faith in Christ primarily to bypass Hell? For the longest time, I believed faith in Jesus was simply a free-pass to heaven when I died. I couldn’t avoid dying, and I wanted to avoid Hell, but I didn’t like what I thought I had to do to avoid Hell. So I did as little of it as possible. I didn’t go to church, and I didn’t sacrifice much for Jesus. I left Him alone and hoped he would leave me alone too. If He didn’t bother me too much, I wouldn’t try to bother him very much either.

I thought if I did the minimum of what Jesus said, I could get through this life, be reasonably successful, hopefully raise decent kids, and avoid most of the serious drama of life. I didn’t want to be the victim of a crime, or debilitating disease and I didn’t want my children or my grandkids to turn out poorly. I pursued American Christianity, but I also paid my insurance premiums, too.

Even after I started following Jesus in earnest, there were (actually, there still are) areas of my life where Jesus doesn’t have total control. Before I became a “born-again” Christian, I was a born-in-America Christian. I wasn’t Jewish and I hadn’t killed anyone. I went to church a few times a year. And I tried to stay out of most trouble. My goal was to avoid Hell.

When I followed Jesus and began to do what he says, I experienced a different life. I began to experience a peace that can’t be explained (Phil 4:6-7). I also experience true joy, even in difficulties. I realize I can always serve others and give something away and when I serve and bless others, my actions count forever.

Many of our friends may think we’re overdoing it. Why do everything Jesus says when all we “have to do” is trust Him? No one should be expected to actually bend their life to pursuing Jesus all the time, right? But as I pursue the life of Jesus, doing what he commands, and listening for his direction, I experience his eternal life.

Daily, I look for people to bless. Blessing someone is asking God to show me how to do what’s in their eternal best interests. I want to cooperate with God while he works in the life of everyone I know. Until you die, God is actively involved in your life. He wants you to follow his Son, Jesus, and, experience the life he created for you.

We oppose Hell and evil when we serve others so they might know Jesus and trust him. That’s what Jesus did. Matthew 10:45 states it clearly. Jesus did not come to be served, but to serve. And the more we look like Jesus, the more difficulty we can endure and the more lives we will impact.

Once I followed Jesus, he began to challenge me to oppose Hell instead of simply avoiding it. The war for people is like any other war. Jesus enlists his people to run into the battle, not avoid it. He asks us to minister to others full-time. He makes the same offer to everyone who follows him. Serve others. Know why you believe. Invest your life in others and start with the people around you. Doing so will oppose Hell. Why avoid Hell when you can oppose it.

Photo by Kyle Glenn on Unsplash 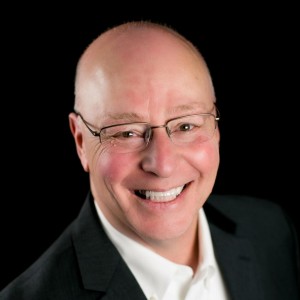 Mike Henry Sr. is the CEO and Lead Instigator of Follower of One. He loves to challenge Jesus-followers to make a positive difference. His mission is to elevate purpose and mobilize people and his goal is to live his life as a full-time minister, regardless of his occupation.
All My Posts
PrevPrevious PostHow to Deal with Persistent Negativity in the Workplace
Next PostHow Do Workplace Believers Make Disciples?Next